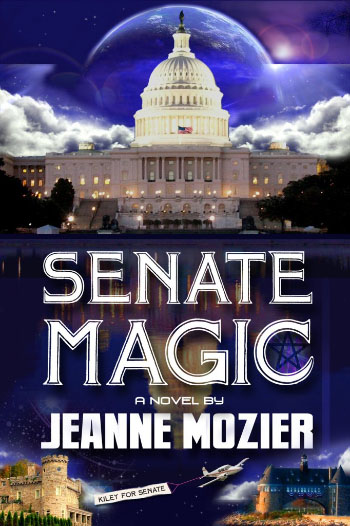 Senate Magic a hot political myth for our time.

Witty, laced with believable mysticism and fast-paced action, Senate Magic transcends the usual political novel and presents an intriguing and seductive vision of what our future could have been.

Ivy League educated and CIA trained, Jeanne Mozier is an award-winning writer, political adviser and noted astrologer. For more than four decades, her magic work has taken her from the halls of Congress and lunch at the Kremlin to global television broadcasts. Jeanne’s world of things and people with a slightly different perspective is based in the historic spa town of Berkeley Springs where there really is a stone castle.